We’ve been working really hard on the NEXT BIG FEATURE of papergames.io. The private tournament mode. Anyone with a registered account can create a private tournament and invite a bunch of friends to play with. Guess what, it’s totally free and unlimited players can join!

It will be released before Xmas 2019. We’ll make an official announcement when we’re ready.

When you create your tournament, a new web page is hosted on papergames.io with it’s own URL that can be shared with anyone. Here’s a preview of it: 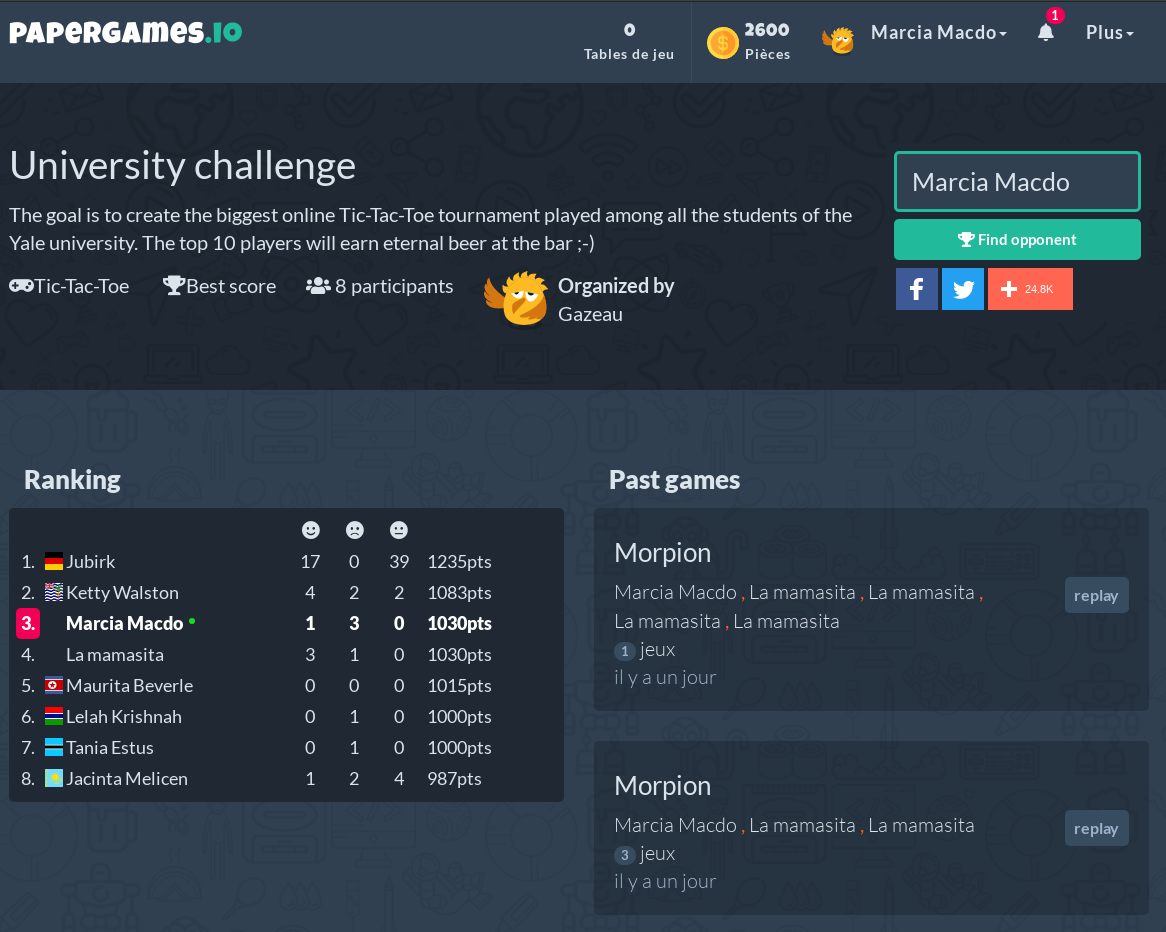