We are pleased to announce that we have rewritten from scratch the entire matchmaking system that automatically connects two players in a game lobby. In the previous version, there were many flaws. The most known was when 2 players were matched and they kept playing for hours in the same lobby room, allowing a quick increase of points if one of the players was weaker. In other borderline cases, a player was cheating and playing against himself to gain easy points.

The new Matchmaking system introduces a queue where the players wait in the order they arrive (first in, first out). When two players are matched together, they can play a maximum of 3 to 5 games  (depending on the game’s type, read the below details) with each other. They’re afterward matched with another player and can’t play with the previous player for a while.

Here’s the maximum number of games between two players for daily tournaments:

For private tournaments, the creator can choose how many games a row can be played. The options are best of one, best of three or best of five. If there are only two players online, they can play as long as they want without interruptions until a third player joins the queue. The estimated waiting time is then shown for the third player. 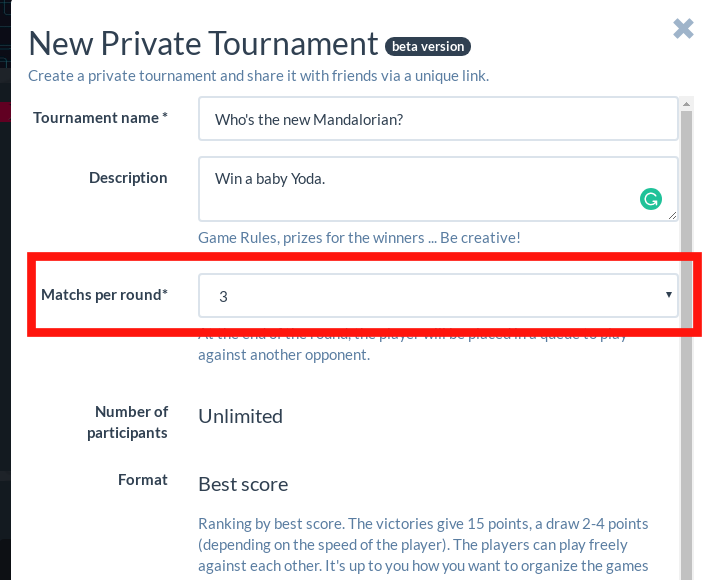