Challenge your friends in an exciting and fun tournament session.
We support Tic-Tac-Toe, Connect 4, Gomoku and Battleship.

Student councils and clubs that need a professional platform for competitions.

Colleagues challenge each other in a quick and fun game for special rewards.

Come along and customize an exciting tournament with your own creative idea!
We propose several tournament modes to fit your needs.
Our supported games are Tic Tac Toe, Connect 4, Gomoku and Battleship. 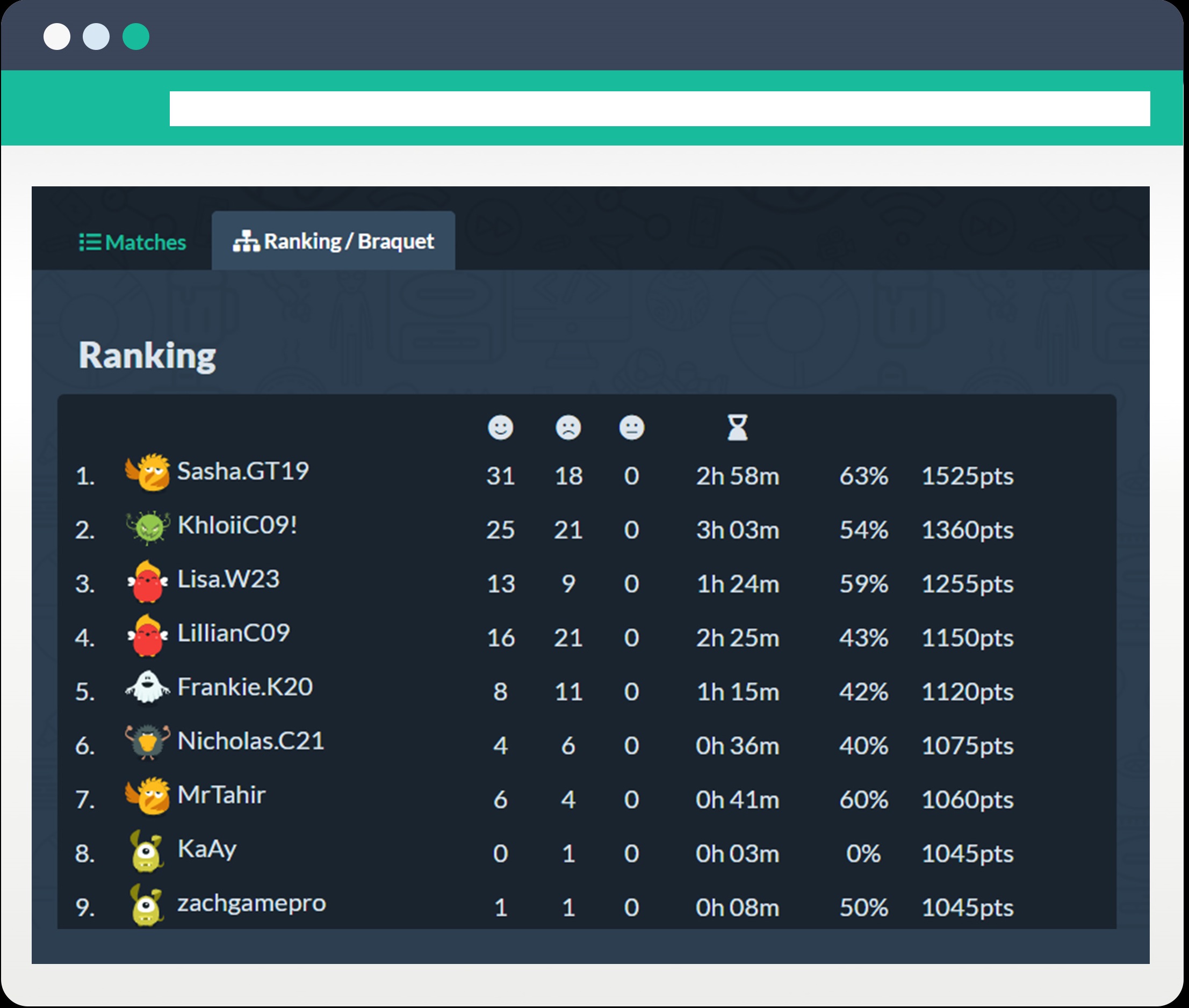 Casual mode allows an unlimited number of players to join a game room. If the number of online players is odd, some players will have to wait a bit until they are paired with the other players.

Online players are randomly matched, so one player may play with the same opponent many times. New players can still join a casual tournament while it is in progress.

The ranking is sorted by the player’s score. A win is 15 pts, a draw is from 2 to 4 pts (depending on the player’s game speed), and a loss is worth nothing.

Single elimination refers to a match of 2 players competing directly where the winner advances to the next round, and the loser is immediately eliminated from the tournament. The tournament will last until the final round when there are only 2 players left, and the winner will be the champion. There is also a 3rd place game for the players defeated in the semi-final rounds. 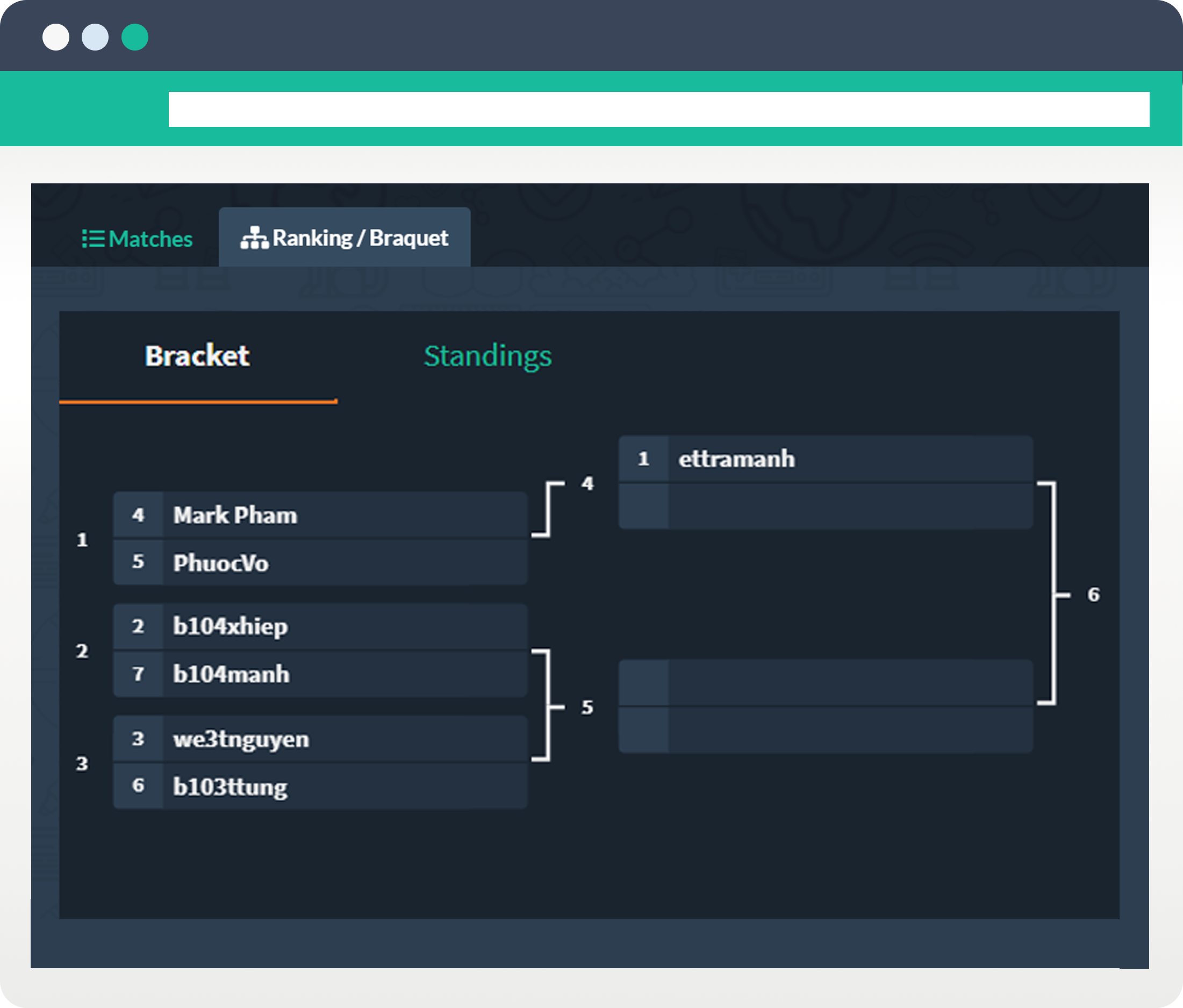 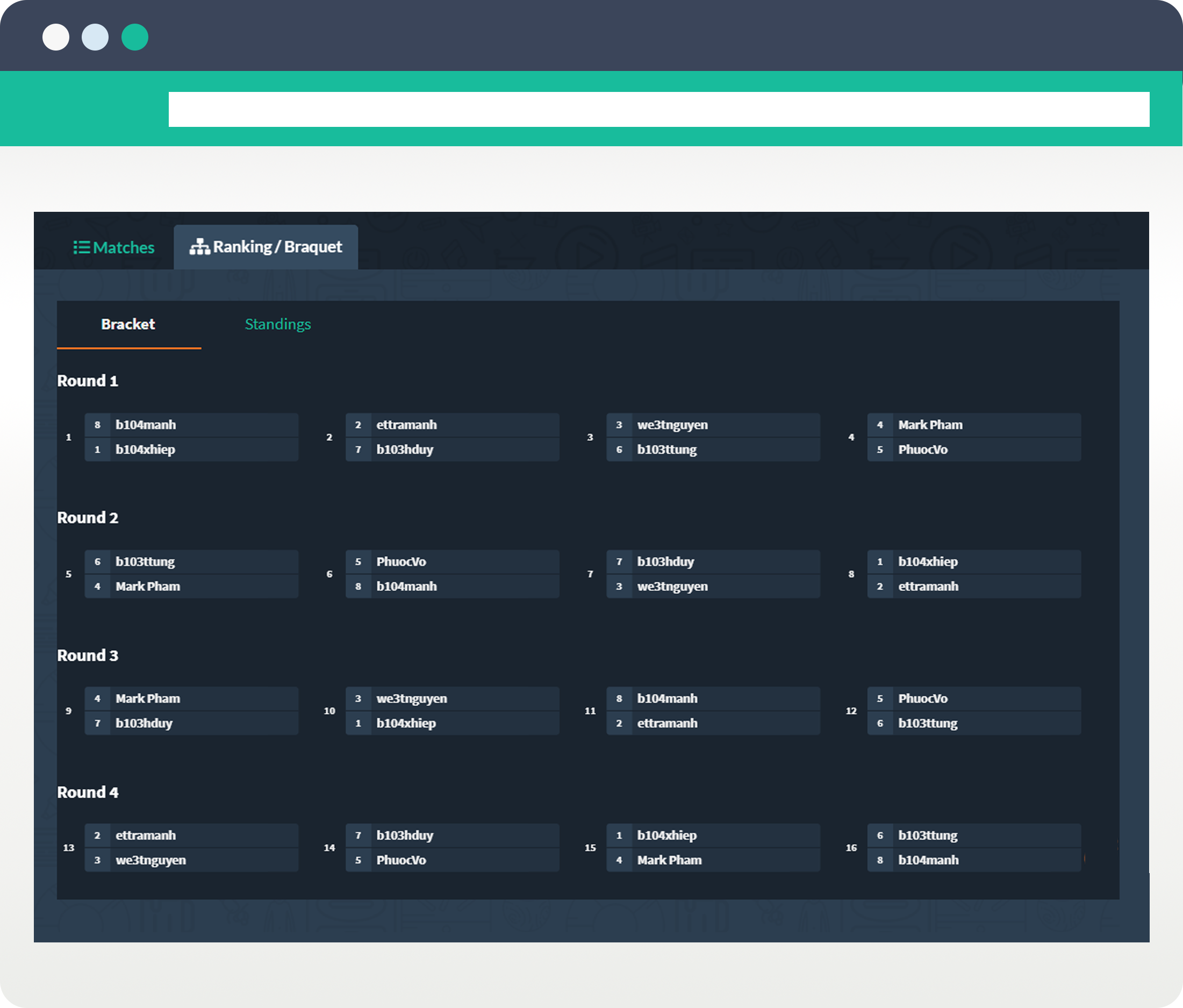 Round Robin is an all-play-all tournament in which a player competes with all other players in turn. Players play each other once, and elimination will not occur when the tournament is in progress. Up to 40 players can join a Round Robin Tournament.

After all matches are done, players are ranked based on the number of match wins. In case two or more players are tied, the tie breaks are as follows:

A Swiss is a non-eliminating tournament for a large number of players with fewer rounds than a Round Robin tournament. Players will only meet opponents with a similar score, but not the same opponent more than once.

After the last round, players are ranked by their score. A win is 1 pts, a draw is 0.5 pts and a loss is 0. A bye is worth a win. The champion is the player with highest overall score. The tie breaks are the same as Round Robin tournament in case two or more players are in tied.

Below you will find a guide on how to create a tournament, we estimate this step to 2 minutes. 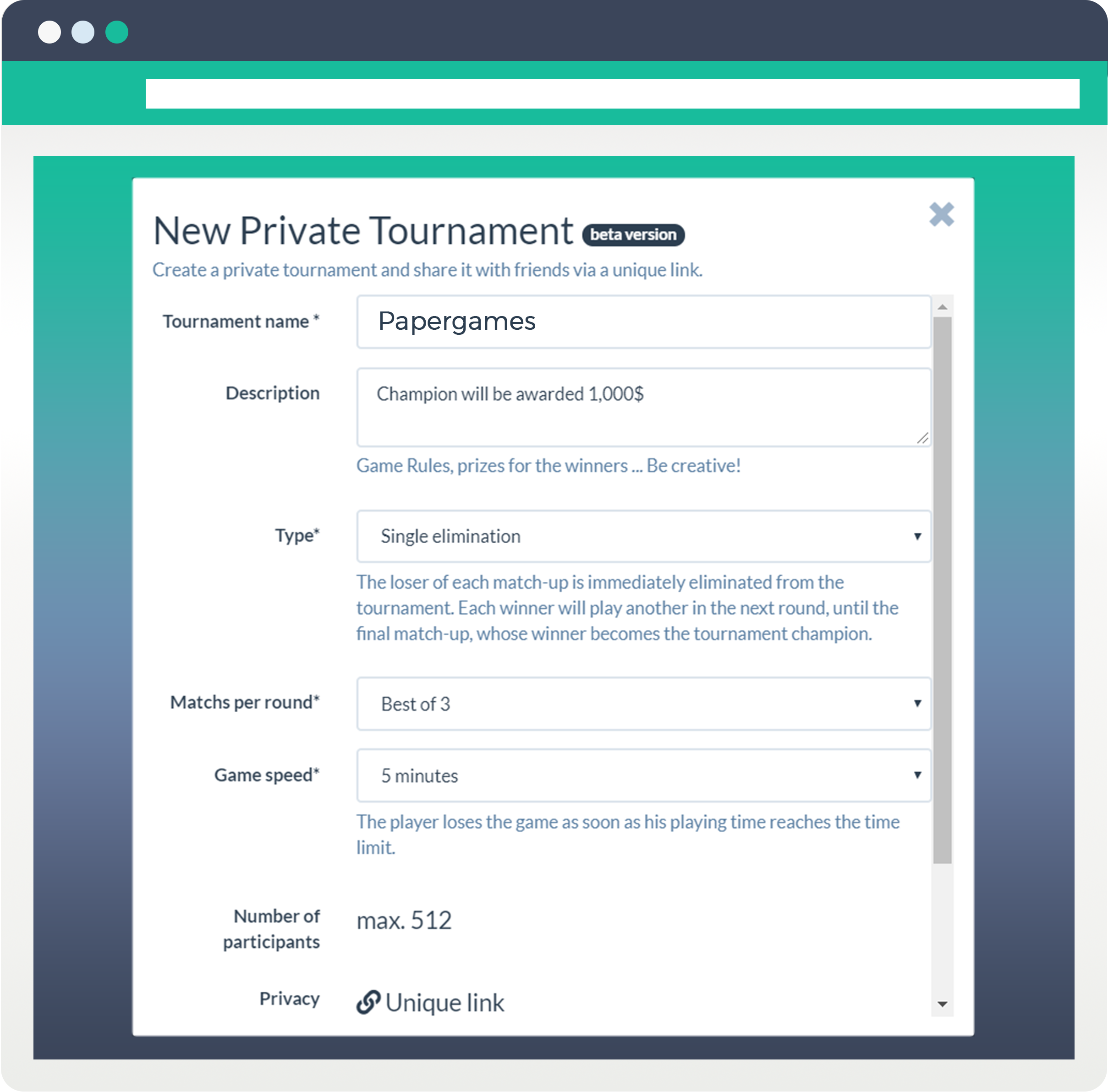 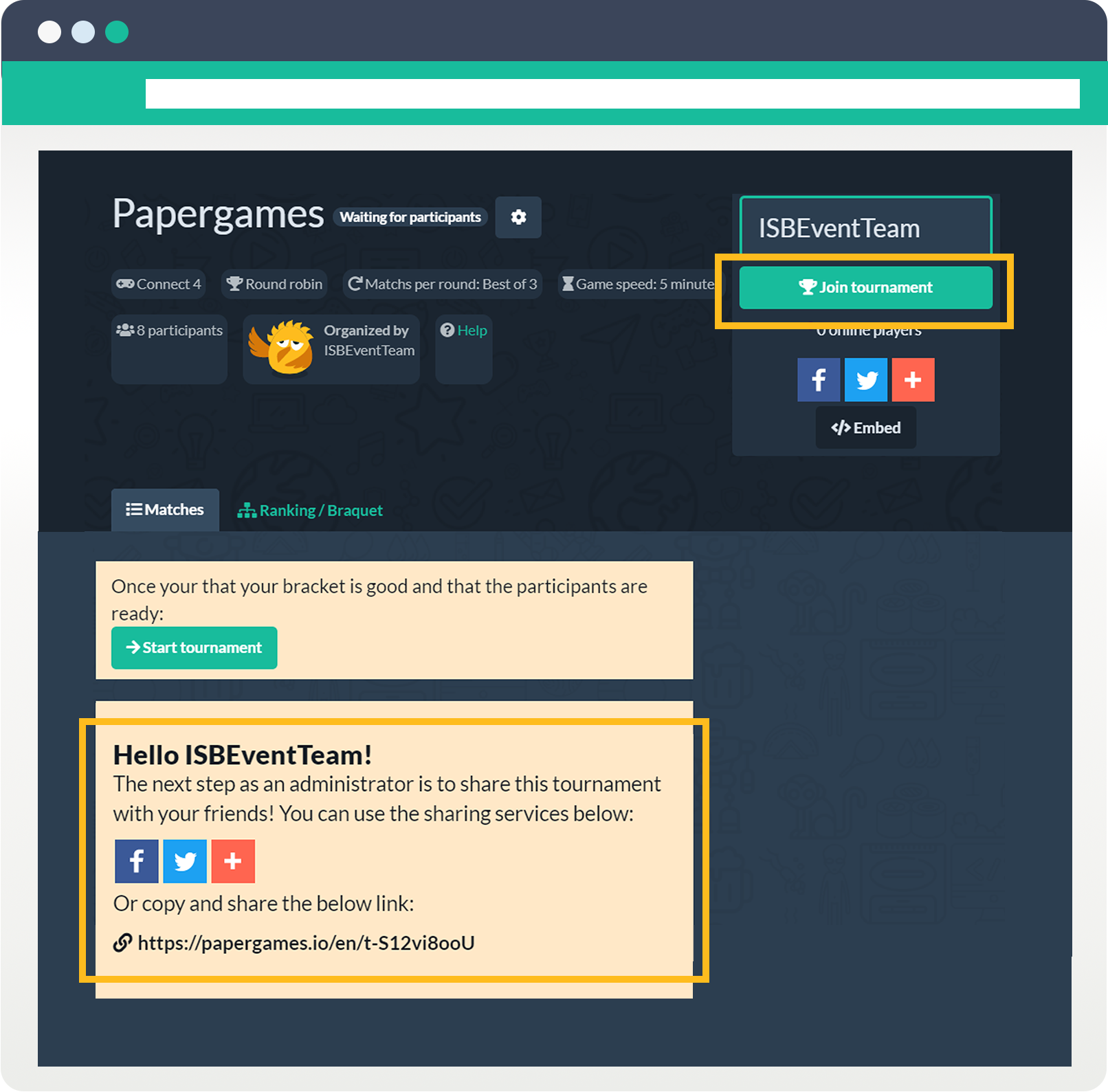 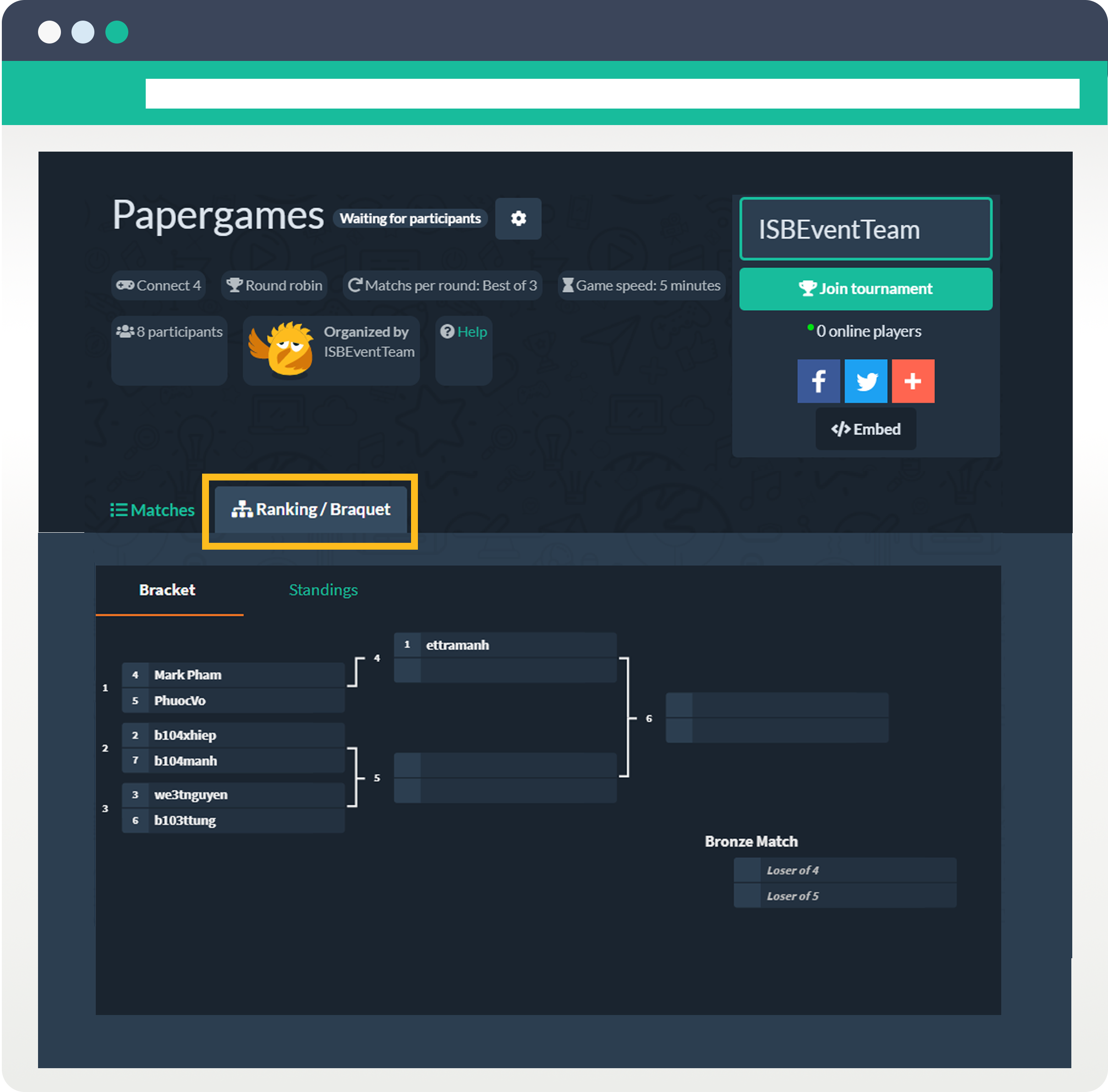 WHAT ARE YOU WAITING?

Become an organizer and
design your own tournament now!